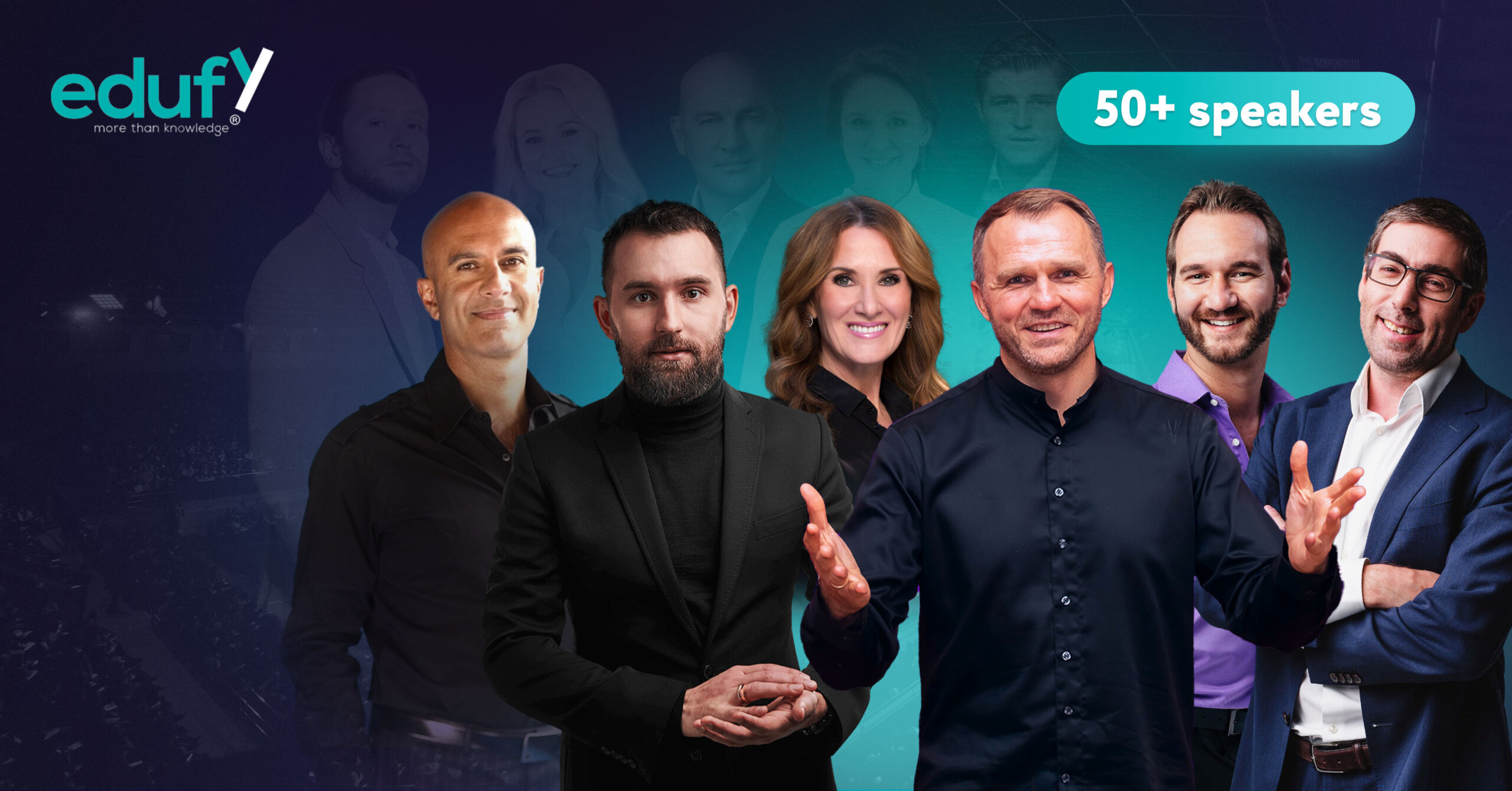 Forum «From emptiness to Fullness»

How to gather registrations for 100 000 participants forum

In August 2021, we started working on a large-scale project. It was a transformational forum “From Emptiness to Fullness” organized by the educational project Edufy.

The goal was ambitious: to gather 100,000 participants from all over the world at the forum in 3 weeks. Several marketing teams joined the work at once, including us, Leadgen Studio.

As a result of the launch, we managed to get autopayments of tickets at the price of the cheapest participation package and bring our traffic to payback. In this article, we describe, what pitfalls we encountered during the launch and what helped us to achieve the result.

The forum was organized by the educational platform Edufy.

What was ready at the start of the launch:

– the opportunity to take part in $50,000 prizes drawn was announced. The main prize was a new car

– there was no sales department, so the bet was made on self-payment

We used this data to select an audience, create advertisements and attract people.

We analyzed the materials received, the speakers, took posts got the most response in their social networks as a basis, used their video invitations, and made a launch, but the result was unsatisfactory.

After the first launch:

– the conversion of the landing page turned out to be very low – only 3%
– conversion to self-payment was 15-20%, but the cost of the payments received was too high and exceeded all the calculated plans

It was necessary to correct the situation, especially since there was not much time left. We analyzed and identified possible reasons why the first launch failed.

Our hypotheses were as follows:

– inconvenient date and time of the forum. The event took place on September 1 – the beginning of the school year
– the original landing page was heavy to load and overloaded with details. It needed simplification and the correct placement of accents
– a large number of speakers. People could have a fear of information overload
– the devaluation of the event. There were well-known people among the speakers, but ticket prices were quite low. This could cause doubts and distrust
– there was little time to test hypotheses. 3 weeks is not enough for such a large-scale event. Practice shows that it takes at least 3-4 months
– some of the speakers could simply be unknown in the CIS countries and at the same time were quite well-known in the USA.

Based on our hypotheses, we made adjustments and conducted another launch.

1. Working with the landing page

To improve the application conversion, we decided to create a new landing page. We gave the client a guarantee that our landing page will increase the conversion by at least 1.5 times.

To find a working variant, we created 3 versions of the landing page and tested them in action.

This is how the first landing screen of the event created by our team looked like: 1) Landing version #1 – without specifying the price for participation

– we wrote 4 versions of the headings and, while the main text of the landing page was being prepared, tested which message clings strongly. The old landing page header also participated in the test so that it could be compared – we added a timer to limit the time for registration – the prize drawing was made a trigger for a person to apply for participation. Moreover, registration on the landing page was submitted as an opportunity to gain access to the raffle – we moved a block with speakers closer to the beginning of the landing page because people are more likely to register for the event if they immediately see who will be the speaker
– we reduced the number of speakers on the page, leaving only known to the audience. The rest were hidden – we added a timer for the price increase – we changed the landing page structure based on the distribution of blocks:

The new landing page, thanks to the simplification and redistribution of blocks, showed a 12% conversion to registration compared to 3% at the beginning, but the percentage of payments decreased – people did not pay themselves, and there was no sales department on the forum.

2) We created a second version of the landing page and returned the cost of participation. The payments amount increased, but the plan for them was still not fulfilled. The new price for payment was much lower than the original, but still high

3) We left only the cheapest participation format on the landing page. As a result, we started receiving payments for participation at the price of this package. The cost of the application eventually came out at 0 In addition to the landing page adjustment, it was decided to redo the thank you page. This work was a free bonus for the client. The task was to increase the conversion to payment using an additional trigger.

Also on the thank you page, we showed how much time was left before the price increase and how much it will increase.

3. A large number of advertisements

We regularly looked for new approaches, messages, and used speakers’ materials. More than 50 different bundles of advertisements were created. We worked quickly: as soon as the old texts and banners burned out, new ones were quickly created.

Here are some examples of banners that worked best: For those who were on the landing page, but did not leave a request, a retarget was launched to still provoke some of them to register for the forum

By the third week, due to all the actions, we managed to reduce the cost of the paid application for the forum by 4 times and receive payments at the cost of the cheapest participation package.

This is how the landing pages and thank you pages looked before and after:

Payment page before (there was no thank you page) Thank you page after:

3 weeks is very little time to gather people for a large-scale event. There is no space for testing and preparation. If you plan to organize events of this scale, put 3-4 months on an advertising campaign.

At large events, it is difficult to do without a sales department. When there is no one to bring a person to pay for an application, this application can be lost.

Be careful when attracting a large number of speakers. In any case, there is a limit to the amount of information that people are willing to accept. It is important to find it for your audience.

In order for the landing page to convert well, make it as simple and understandable as possible, do not overload it with information. Bonuses and a time limit for registration and payment continue to work perfectly and increase conversion

It is worth putting a block with speakers on the forum/conference landing page in one of the first screens, especially if they are famous. People need to listen to authorities, so when they see them on the landing page, they are more likely to buy.

Be sure to use retargeting. Among those who did not buy right away, there are often those who just left to think or accidentally closed the tab and forgot about it. If such people are reminded of the opportunity again, there is a great chance that they will return and leave a request.

P. S. Are you organizing a large-scale event and need to gather the right number of participants for it?

We can help you with this. Write to us if you need to set up advertising for your event, create or strengthen a landing page, write newsletters, or all together. Our team will take on these tasks