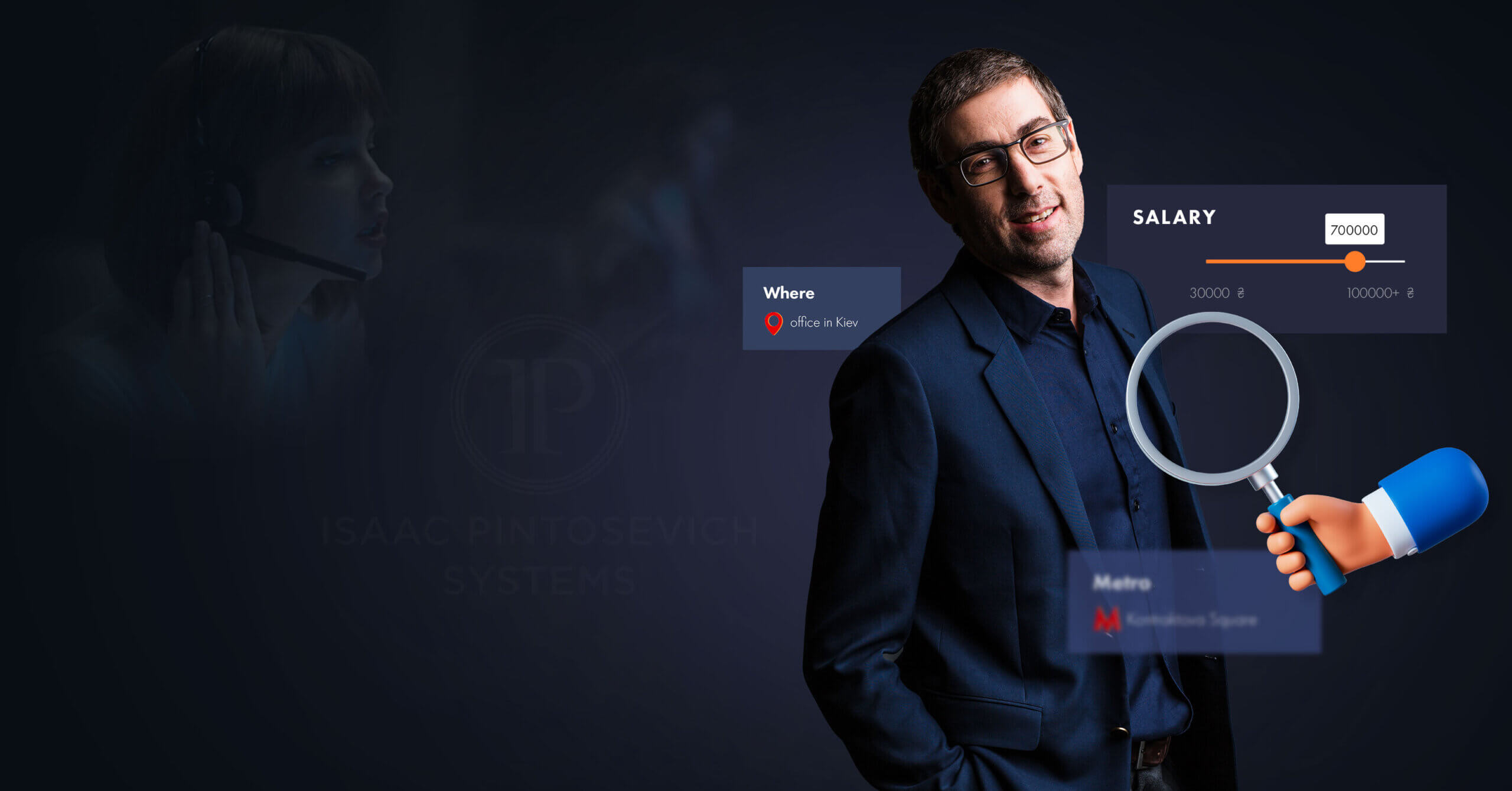 We received a request from our client, Itzhak Pintosevich, to help us find sales managers on staff by creating a webpage, creating ads, and setting up targeting ads.

It was difficult to find suitable employees through recruitment services and the search was expensive. We needed to test the hypothesis that you could get cheaper and more targeted applications from social media.

We took on this task and received 107 leads for $2.26, which was cheaper for the client than the job sites, and the leads were of higher quality.

The main reason why we were able to obtain such a result was the prominence of Itzhak Pintosevich and his company. Itzhak Pintosevich is a brand that people know about and trust, so they willingly used the opportunity to join his team.

How is the search for employees through advertising better than through job sites?
The first (and the main) reason for using this type of search is the attention of the job seekers.

Not all people every day monitor the sites with vacancies, such as work.ua, rabota.ua, hh.ru, even if they subscribe to a newsletter of new jobs from these sites.

Especially if potential candidates are already working somewhere at the moment (people who are good sales managers, but are not currently looking for work, the client also considered).

And most of them spend a lot of time on social media on a daily basis, which means that they are highly likely to see a job offer in the format of a social media advertisement.

The second reason for launching this project in social media is to be able to influence the amount of potential job seekers and applications for a job reached by the budget.

Before implementing this format, the client had used paid promotion on work.ua, and his hiring manager noted that promotion with targeted advertising in social networks was cheaper and more effective for him:

What was done to solve the problem

In order to start advertising on social media, a landing page had to be created on which jobseekers could submit applications.

It was decided to implement a full landing page – as for a separate company product. Here’s what the first screen of the landing page created by our team looked like: The salary slider on the first screen is interactive and can be moved from 30,000 to 100,000+ UAH. The purpose of this slider is to show job seekers the potential of their development in the company and that they themselves can control how much they will be paid for their work.

We created it according to the principle of job vacancies on employment sites:
– told about the company offering the job
– we showed what kind of applicant they want to see at the interview and what qualities are necessary to get a job
– how the selection of applicants will work – first an interview, then a job
– What the company offers the job seeker
– what salary awaits a new employee

We created some variants of advertising creatives and launched them in social networks. Here is what some of them looked like: On the banners it was made clear exactly who we were looking for, what qualities the employer wanted, and what we had to do to get to the interview.

The simplicity and clarity of the creative attracted job seekers, who willingly left applications. They were then contacted by a representative of the company and asked to send their resume. The resume was reviewed by the company, and if it suited the employer, applicants were invited for a face-to-face interview.

The ads were targeted to an audience of interest, mainly sales managers who were currently looking for work.

Also, it was seen by those who were already working as sales managers in other companies. These people were thought to be interested in better working conditions and better career prospects.

Since the ads were targeted specifically to salespeople, the client was receiving applications only from those who had experience in the field, not just from all job seekers, as is the case with most external job sites.

Advertising has already been turned off – due to the large number of requests to be processed by the sales manager.

Seeking employees through a landing page and targeted advertising can be much more convenient and profitable than through employment services – due to the ability to reach a larger number of people, adjust advertising directly to the desired client audience and influence the budget on the number of applications

To find employees through targeted advertising, the employer needs a landing page, created on the basis of the vacancy on the employment website, simple and clear advertising creatives, properly configured audience for advertising and advertising budget

P. S. You need new employees for your team, but you can’t find them through employment sites, or the search is expensive for your company?

We can help you find employees with the help of targeted advertising. Leave an application on the button below – we’ll discuss the details of the task and begin its implementation